St Michael;s College in Omeath was founded on the 20th of May, 1901 by priets of the institute of charity, who were also known as the ‘Charity Fathers’ and Rosminians.The name Rosminian derives from Antonio Rosmini born March 21st 1797, who was ordained priest in 1821. Fr. Rosmini founded the institute of charity at Calvario Domodossola, Italy in 1828 and received papal approval in 1839. the institute soon spread its good work. and a young lawyer named Luigi Gentili, who studied for the priesthood at the Irish College, Rome, soon become a noted missionary in England and Ireland in the 1830’s and 1840’s.

Fr Gentil died in Dublin on 26th September 1848 and was interred in Glasnevin cemetery. Ninety years later, Fr. Gentili’s remains were brought to st. Michael’s Omeath, where they now rest.Why did the Rosminians come to Omeath, you may ask? In the 1840’s a retired protestant clergyman the Rev. Robert Greer, had a large house built in which to live out his retirement. the Rev Greer had over fifteen acres of land and he was said to have been kindly and a charitable man.He did much to better the lives of local people, mainly fishing folks. His greatest contribution was the building of the pier, which still bears his name.Rev Greer chose Ballyoonan townland as a site for his house, but in 1875 his quiet was shattered when the Dundalk, Newry and Greenore railway came clanking literally through his back garden. the Rev departed for fresh woods and pastures new.

In 1880 Mr. Edward McCreanor, a retired inspector in the ‘National’schools took up residence in Ballyoonan house with his daughter Mary and niece Anne.at the close of the century his health compelled him to move to Belfast and wanted to give house to a religious order, an orphanage if possible.The Rosminians took possession the 20th of May, 1901 on authorities, Mr. McCreanor. Fr. t. Buckley became the first Rector of the new Irish Noviitate. On the 1st of September of the same year, the house was dedicated to the holy name of Jesus and placed under the invocation of st. Michael.for the remainder of their lives the MacCreanor family continued to have an interest in the welfare of st. Michael’s. misses MacCreanor was buried in the shadow of Calvary and the stations, which are in a sense a memorial to their faith and generosity.

St michael’s remained a noviate fr twenty five years. In 1926 it was decided to enlarge the original building, classrooms were completed in 1927.St. Michael’s was converted to a jumiorate in order to increase the flow of vocations, four years later, a new novitiate was established at kilmurry House, Kilworth, Co. cork.

St. Michael’s became a Scholasticate in 1935. this was in fact a providential change, as four years later the second world war was on and students could no longer go to Italy.Many of the Rosminians that ministered in Ireland, america and Africa completed their studies for priesthood in st. Michael’s.

the juniorate reopened in 1947. seven years later , recognition was sought for the school from the department of education. the school was recognised by the department in 1954.in years to follow the building projects continued. it was the intention of the superiors that st. Michael’s should remain primarily a Juniorate and it was hoped that it would supply the majority of aspirants to the Order. During the 1960’s the pupils increased in numbers to over one hundred. in 1972 the first’Day Girl’ attended Sr. Michael’s. As years passed, day girls gradually increased during the 1970’s and early 1980’s..

unfortunately all this came to an abrupt end in the summer of 1986, when the rosminian authorities foresaw the difficulty of maintaining and increasing their school population in the area. and so after eighty five years, the rosminian priets, brothers and sisters said good bye to st. Michael’s College. 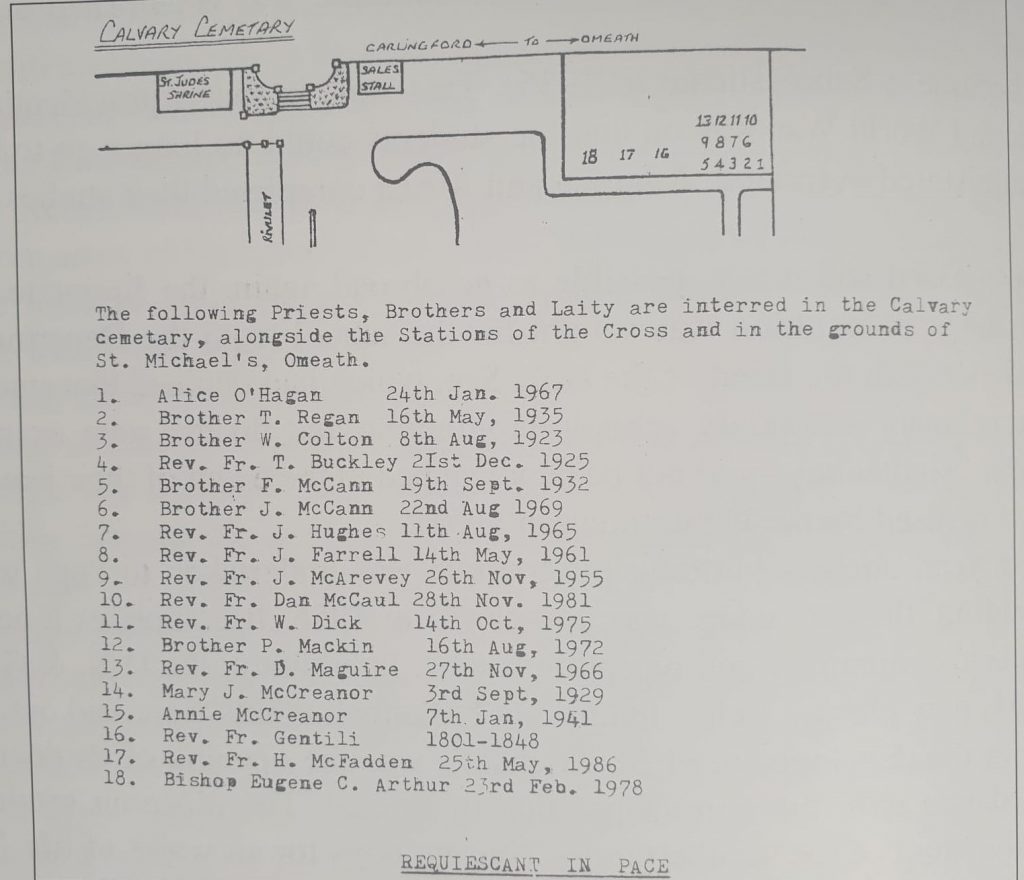