Ringforts in the Omeath Area

Ringforts were being made in the early Christian period 500AD -1100AD It is hard to imagine these settlements with families, animals and protection. these remains are to be found in all counties and they are called forts, dun or lios. On aerial photographs there is more evidence of their size and existence. the average size of a Ringfort is approximately 25-100m in diameter. it is just an earthen bank in round, oval or d-shaped. Mostly they would be built on higher ground so that they could be seen from the surrounding area. In England they are not called Ringforts but Hillforts. they were used as stock enclosures, religious centre and as assembly point for the population. Perhaps, this is not so important in our area, but in more populated regions it could be a hive of activity.

There are two Ringforts that have a stone wall around a raised centre, the shrubs are probably self seeded through the years. the holly in Drumullagh is quite old and if it could talk, we would have another story. The second Ringfort is not in Omeath, but in North louth. It is located in the fields beside Strandfield House. It is just beside the Ballymascanlon interchange. The excavators did not go near it.

In Knocknagoran was a Fort, locally known as O’Hagans fort, but with the development in that area it disappeared overnight.. 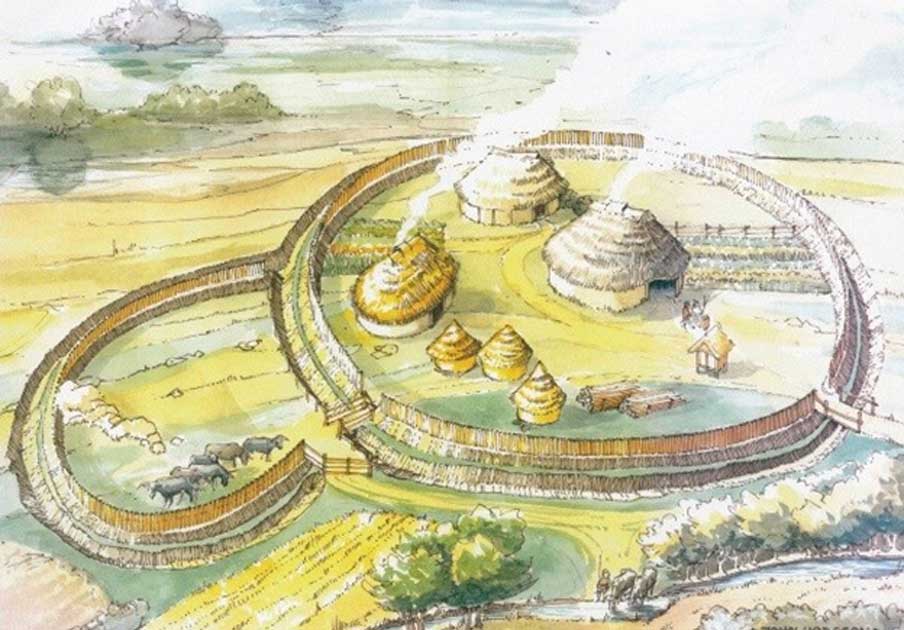