The current state of the former Park Hotel, Omeath – photo taken from Warrenpoint this week.
Holds so many memories for so many people and is situated with such beautiful views over Carlingford Lough. This was where Eoin Mac Neill founded the Irish College Colaiste Bhride in 1912. Omeath was a Gaeltacht area rich with native Irish speakers as well as having its own local dialect, songs, poetry and traditional customs. Coláiste Bhríde was a summer Gaelic college inaugurated in 1912 until it moved to Rannafast in Donegal in 1926. The college contributed significantly to the heritage of the Irish language and its importance is still noted today.
Douglas Hyde and Sean T. O’Kelly who went on to become Irish Presidents stayed in the Irish college in Omeath to perfect their Irish. Prior to making his first appearance in uniform as an Irish Volunteer, Padraic Pearse stayed in the Irish College in Omeath and it is believed he may have to written the oration that he was about to deliver at the graveside of O’Donovan Rossa.
Colm Meehan was granted planning permission in 2011 to demolish the current hotel and outbuildings and build a 69 bedroom hotel. Due to the recession this didn’t happen within the planning permission period but an application to extend the permission was granted in 2016
“Extension of Duration ref 11/470. Permission to construct 69 bedroom hotel with associated function room, restaurant, bar, staff accommodation, ancillary accommodation, solar panels, service yard, on the site of the existing Park Hotel. Existing hotel and outbuildings to be demolished and new vehicular entrance to be provided. Significant Further Information received on 22/05/12 includes the Retention of site development works, including the removal of trees and earthworks.” 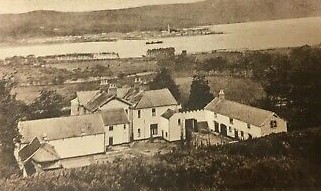