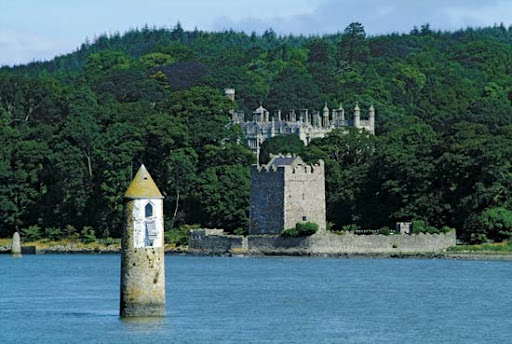 Narrow water castle is a 16th century tower house near Warrenpoint. it dated back to 1212. The Castle that is there today was made by John Sanchy. In 1744 until at least 1819 a salt works was built inside the walls and in 1834 it was used as kennels. Narrow water castle is beside Carlingford Lough on the Co. Down side. Narrow water castle is a great tourist attraction and is visited by many every year. It is an example of the tower houses made in Ireland from the 14th Century to the 17th Century. On the 27th of august 1979 bombs were placed close to the castle by the IRA killing 18 British soldiers and on that same day, lord Louis Mountbatten was blown up and killed by an IRA bomb that was close to his boat which he was on.

In 1596, the castle was taken over by the English soldiers but was handed over to sir Arthur Megennis on one condition that the English could use it whenever they needed to. In 1641 it was guarded for the king against parliament. In 1670 it was sold to Francis Hall, then he and his family owned it right up until 1956.

The tower house was given into the care of the state in 1956 and into one of the best 16th century buildings in all of Ireland.

The Narrow water castle is still there today. It can be viewed from the Village of Omeath at a distance and it can be seen closely from the road from Newry to Warrenpoint.