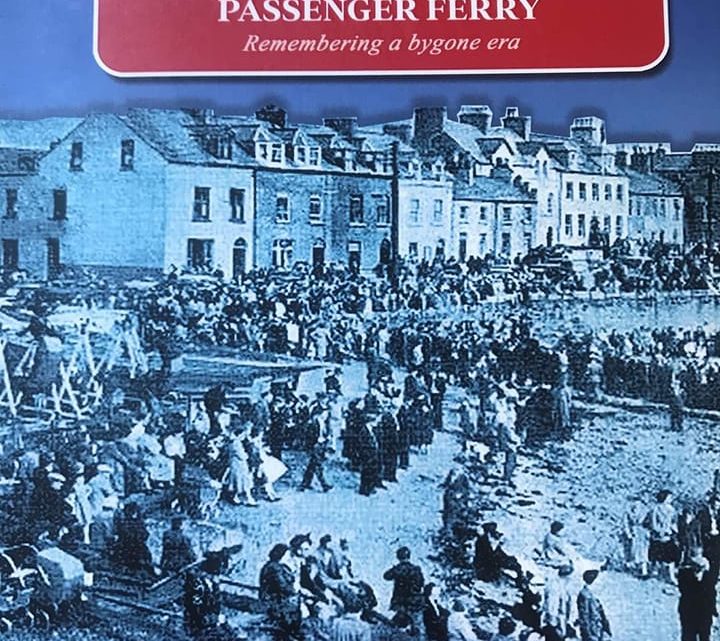 New book on the Warrenpoint – Omeath passenger ferry to be launched

“Red Star Passenger Ferry” is the title of Brendan O’Neill book, Brendan is a well-known local ferry operator and it is the result of his research on the history of this unique ferry and its links to the Warrenpoint and Omeath communities.

He has uncovered many details of the origins of the ferry, its unusual organisational structure as a combine and the surprising scale of its operations at the height of its development between 1920 and 1940.

The first motor boat and one of the first petrol engine boats to operate a ferry service on Carlingford Lough was in 1912. The boat named the ‘Fair Play’ belonged to Danny O’Neill, Brendan’s grandfather.

The bulk of the visitors to Warrenpoint in its heyday came by train. Passenger records for organised excursions to Warrenpoint by the Great Northern Railway (GNR) in the 1924 summer season, showed a total of 39,145 passengers as having visited the town by train excursions.

In addition, there were road travellers on charabancs and private vehicles. The visitors came from Belfast, Derry, Dundalk, Dungannon, Dublin, Newry, Omagh, Portadown and beyond.

Warrenpoint was heavily promoted by the GNR as an excursion destination and the ferry to Omeath, especially on a Sunday, was a great attraction with its more liberal licensing laws, shops, stalls and a religious shrine.

During the 1920s and 1930s the number of boats increased gradually, brought about by the developing tourism in the area.

This was a major source of employment and Warrenpoint was a much sought after seaside destination.

The ferry continued to thrive during the period from 1940 to the late 1960’s but major changes in the travel and tourism sector were starting to have an impact.

By the early seventies the halcyon days were over for the Red Star Ferry.

The troubles in the north were beginning, seriously affecting overseas visitors. Licensing laws changed in the north bringing almost parity with the Republic of Ireland.

The growth of the motor car as a means to get from one place to another and all the flexibility and convenience that went with it became more popular and available.

Open boats were no longer an attraction for day trippers to the region. As passenger trade declined one boat after another was sold on or sadly broken up. The last remaining operating wooden boat belonging to the Red Star Combine was the Mary Og operated by Brendan, later to be replaced with the more modern MV. Seascapes, the first fibreglass vessel in the combine.

He operated the Seascapes up until 2015. The vessel was sold on and now operates out of Co. Kerry.

Brendan has documented the many facets of the ferry over these years by interviewing members of the local families who were involved in its operation, collating the many old photographs and anecdotes that he has been offered and consulting the Public Records Offices.